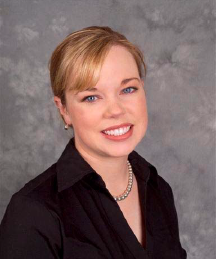 Kelleigh has been interested in politics ever since she was about 5 years old, and came to the State House to see her mother, who was a State Representative at the time.

Since then, she worked for numerous campaigns, including Pat Buchanan and Ovide Lamontagne’s, and for elected officials, such as Senator Bob Smith, in the role of Press
Secretary.

She also has served on the School Board and the Board of Mayor & Alderman in Manchester, and recently became a Town Councilor in Bedford. Kelleigh has practiced Family Law for almost a decade, and finds the Children and Family Law Committee a perfect match for her interests and area of expertise.

She has two young children of her own, Alexandra and Aidan. If this weren’t enough to
keep her busy, Kelleigh owns her own company and plays on a kickball team.