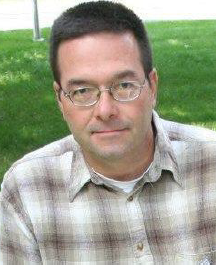 After many years of talking about politics, Leon finally decided it was time to run. It can be a lot to juggle, since Leon owns and operates his own business, which incorporates a car repair shop, used car sales, and a U Haul dealership in Lancaster.

Leon also represents a geographically large district, including the towns of Whitefield, Dalton, Carroll, Jefferson, Lancaster, Randolf, Milan, Dummer, Northumberland, Stark, and the unincorporated place of Kilkenny, plus serves as a Selectman in Lancaster.

Leon ran on a platform focused on jobs and the economy, and has been an active member of the House Business Caucus, bringing much appreciated input and feedback from employers in Coos county.

Leon serves on State-Federal Relations & Government Affairs, which is appropriate since he is a 26 year veteran of the Marine Corps, and understands the issues.
In the limited spare time he has, Leon spends time with his wife and 3 daughters, and fishes, hunts, and rides ATV.