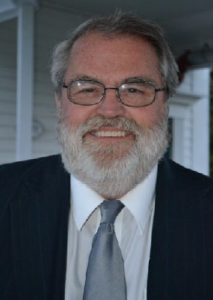 Phil moved to New Hampshire from Iowa in 1999 after retiring. He had worked many years as a civil engineer in agriculture for the state of Iowa, designing and building wildlife habitats and reclaiming coal mine lands. Phil likens NH to Iowa because the people are laid back, down to earth and politically similar, but he’s enjoying the added bonus of New Hampshire’s trees and mountains.

Before running for State Rep, Phil became active in local community service, as Chair of the Merrimack Zoning Board, and as a member of the Conservation Commission, Parks & Recreation Committee, and several other sub committees. He is proud of the fact that he led the development of a new park, completely off of the tax rolls.

Phil lives in Merrimack with his wife, where he enjoys the outdoors, fishing, and monitoring the stock market. He has one daughter in Iowa and two in New England. Please stop by and say hello at seat 280 or in the House Transportation Committee, where he serves.