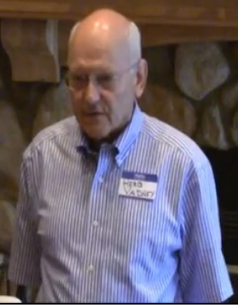 One could say Herb is part of a UNH family; he earned his Bachelor degree there, as did all 4 of his grown children.Herb is a New Hampshire native, but left the state for 30 years before choosing to return. He earned his Masters degree in Civil Engineering from the South Dakota School of Mines while he was in the Air Force working on missiles.

Now Herb is a retired Air Force Colonel and engineer, and spends much of his time devoted to public policy. He is currently serving as Selectman in Meredith, but previously Chaired the Planning Board for over a dozen years.

Whether it’s in town politics or in his work in the House Science committee, Herb tries to keep a nucleus of traditional New Hampshire, fiscally conservative thinking.
Herb has been married 44 years and has been making beer almost as long.