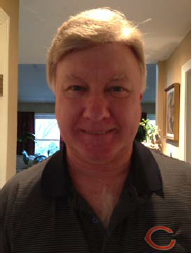 After a career in the airline industry, most recently as General Manager of Continental Airlines at Logan, David is happy to be in the legislature.

He requested to serve in Public Works, because friend Senator Rausch asked him to sit on the same committee he did. David is enjoying it and state governance immensely. His first election was approximately 8 years ago, when he became a local Fire Commissioner. Since then he has served as a Town Councilor in his home of Derry.

In his spare time, David designs gardens and is an avid science fiction reader.